Lately I've been feeling the pull of depression, that slippery sliding slope down into bleak nothing for weeks or months at a time. I've been diagnosed with "seasonal" depression, meaning it's mostly triggered by the dark winter months, but over the last few years it seems to have grown into straight up depression. I have good days/weeks/months, and bad ones. There's generally no trigger, no one thing I can put my finger on that I can say "that right there is why I'm sad".

That is, quite honestly, one of the most frustrating aspects of depression. You don't know the WHY (though, it's brain chemistry issues) you just know you're abysmally sad, and you can't do a thing about it. At the same time, each time I feel this sinking, tugging feeling, I scramble for something, someone to blame. My worst episodes were indeed  brought on by life events, and I can at least remind myself it lies dormant most of the time, and the events were simply a vehicle for the monster to awaken. If I don't have this reminder, then when I look at, for example, my parents' divorce as the source of the worse two years of my life, I tend toward blaming one or both of them. Obviously, my depression is NOT anyone's fault, myself included, but it is very, very easy to fall into the trap of laying the blame at the feet of a person.


The depression monster often prefers your feet over the feet of others, and thus begins the never ending, self-defeating cycle of self-blame, self-hatred, and horrible self-talk.

I'm back at that precipice, looking for something to cling to, something to blame so I can "fix" it and back away from the yawning chasm.

There have been a number of things that have happened recently that I might be able to throw into the Blame Bucket, among them:


These are all big things, some more than others, but one keeps nagging away at me, day and night. My faith. Or lack thereof, which seems to be the case more and more.

I haven't been to a church service in so long that I can't remember the last one I attended. Matt and I help at church every other week, and I do love doing that, but it entails missing the entire service. The weeks we aren't "on", we sleep in and haven't made the effort to attend. I miss it. I miss the connection with others, I miss feeling "fed" in my heart, the music, everything.

I feel this is having a trickle-down effect, I feel far away from Christ, I feel self-centered in so much that I say and do, and I feel that it affects my parenting to a large degree. The other day, kiddo lamented that Matt and I are "too busy" to take her to the park! That one right across the street! I felt so ashamed. Yes, we all three have busy lives, but I should never be too busy to take her across the street to play.

Like much of my life, I want to change this, and I of course want to jump right in, headfirst. I've learned this is a bad idea, and I'll burn myself out on whatever the idea is immediately. Instead, I found a way to incorporate another love that I have with my faith - journaling!

I came across a blog that provides good instructions for beginning a "scripture journal" which I'd never heard of before. The writer is in church leadership for youth, and uses hers in her teachings, and plans to pass them down to her children. They are not personal daily journals, but journals of verses, thoughts and things she's learned as she's studying scripture. I have never felt that I had a solid foundation in the Bible, I've never read the entire book and I feel that's a big failing on my part. There is no reason that I haven't read it, other than it's daunting, and I much prefer things to not be taken out of context as much as possible.


I will be creating a scripture journal from one of the many journals I have at home, and I will begin at the beginning. I'd like to think I'll study a chapter per day, however I don't know how realistic that is. That will be my aim, with forgiveness for myself if I miss it here and there.

How do you study the texts of your faith?

Wanna Save Some Dough? 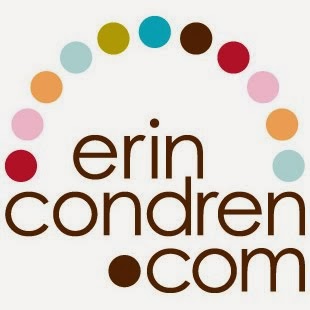